For those looking to head off the beaten track and explore, Southern Phuket offers up some excellent hidden gems in the form of a breathtaking view point, a difficult to reach jungle cape and a secret beach. If you are looking for a challenging island adventure, head to the south of the island. While the road to reach these destinations is difficult, the reward is worth it.

Located high above the soft sands of Ao Sane Beach in southern Phuket, the Black Rock Viewpoint resembles a large terrace made of reddish-brown soil from down below. At the edge of the cliff, there is a massive black granite stone and this is how the viewpoint got its name.

Black Rock Viewpoint is quite remote, and upon reaching the top, you do feel like a bit of an intrepid traveller. Even in last high season, the viewpoint was not overrun with tourists – which adds to its charm. It is quite challenging to reach the destination, but once you do, you will be rewarded with sweeping panoramic views of southern Phuket, including Nai Harn Beach, Promthep Cape and a small island off the coast known as Koh Man. Peeking over the cliff also allows a glimpse of the road to Ao Sane Beach and the small patch of development being constructed there.

The early morning hours of sunrise and late afternoon before sunset are the best times to head to Black Rock Viewpoint. Do not expect to be alone, as often times there are a few photographers atop the cliff hoping to catch the perfect shot. If you venture to Black Rock Viewpoint at any other time of the day, do make sure to bring a bottle of water and a small towel. It can be rather hot and humid trekking through the jungle, and even more so if, upon reaching the top, there are no clouds in the sky.

Dragon Cape
A few metres down the road from the markers of Black Rock Viewpoint, there is a small wooden sign nailed to an enormous palm tree. Hand-painted, the sign reads Welcome to Dragon Cape with an arrow pointing off to the horizon. Following this road is an adventure unto itself, as the road conditions deteriorate rather quickly with potholes and deep craters tucking themselves into the steep dirt road.

If you have a lot of time to explore, you can carefully maneuver your way down the road through dense jungle and towering coconut trees until you reach the bottom of Dragon Cape. The sea views here are breathtaking, and the descent is extremely steep. Be sure to enjoy the views, but also be mindful and watch your step.

The jungle here is dense, affording the opportunity to enjoy a wide variety of free nature sounds and to spot majestic sea eagles overhead. The trip back up from Dragon Cape is known to be a bit hairy. Walking down is enjoyable, but walking back up requires that you are in good physical condition as the incline is rather steep and the road up can often be slippery.

Follow the main road south, then take the second dirt road that leads to Nui Beach (which was closed to the public in July 2020. Either drive or walk (the dirt road can be challenging fir vehicles) until you see a large boulder painted with Pa Hin Dam (which means black rock). From here follow (on foot) the ramshackle sign written in Thai that indicates the start of the path up to Black Rock Viewpoint. The sign that reads Welcome to Dragon Cape is just a few hundred metres further down the road.

Note that both Black Rock Viewpoint and Dragon Cape are not easy to get to, so ensure you have water, a small towel for perspiration and mosquito spray with you. While this area of Phuket is really great fun to explore, it can also be a bit dangerous. Please use common sense when exploring southern Phuket’s hidden gems. 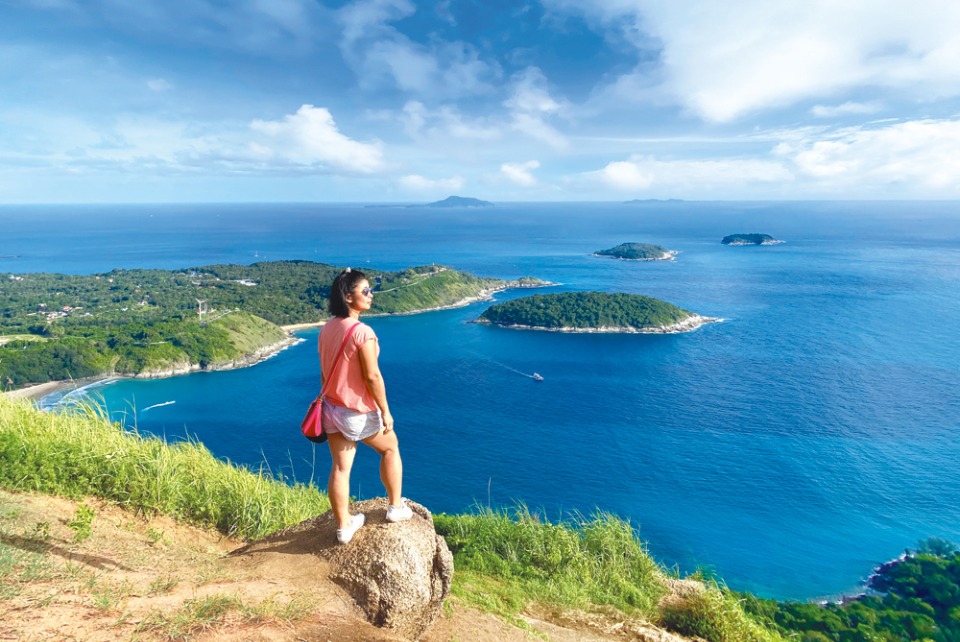 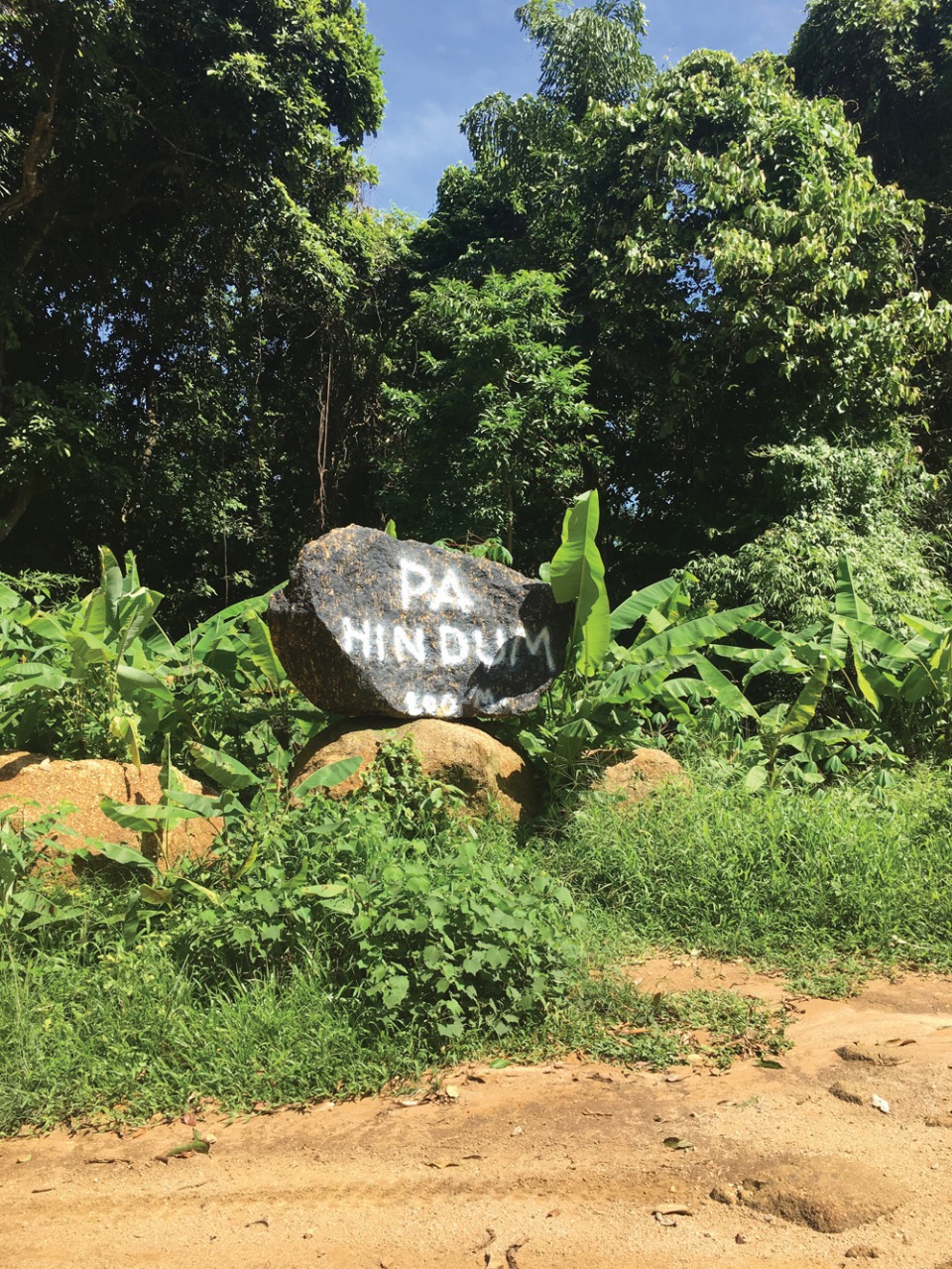 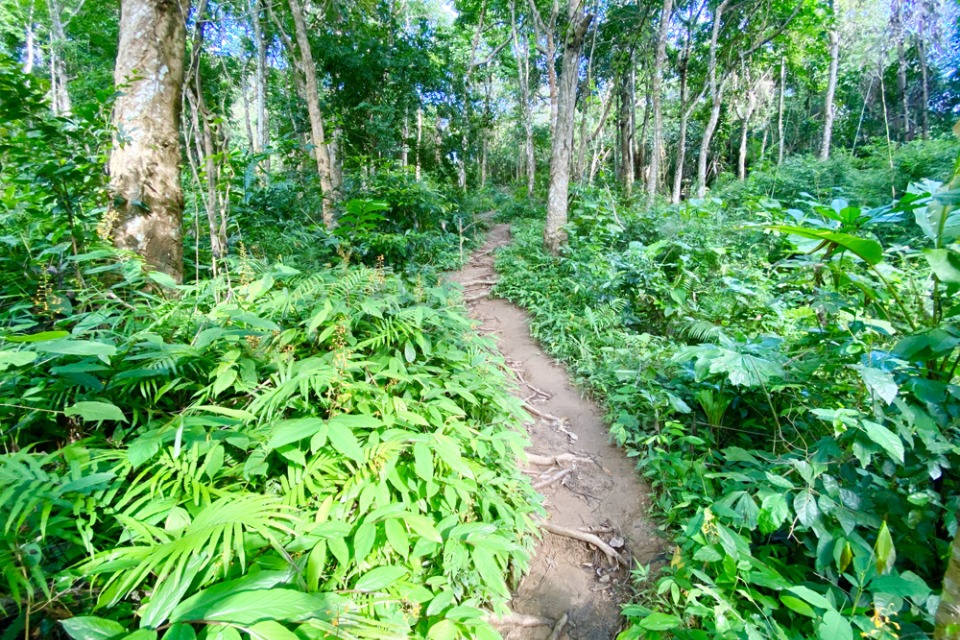 The road to Dragon Cape