Remember the times when mum or dad would say, “Come on kids, let’s all go for a nice drive”? It may have been a long while ago but you can bet your last baht that those memories are as fresh as yesterday. Well the good news is that Phuket’s west-coast routes, and some east-coast drives, are fantastically beautiful to explore. Having said that, let’s get real here and state that Phuket’s main roads are most certainly not the ideal roads along which to enjoy a relaxing day out.

Unsurprisingly, the first step in enjoying a mobile day out here is to get yourself some wheels. It’s not recommended to hire a motorbike yet thousands of visitors do; so to use a well-worn Thai/English expression, it’s really ‘up to you’ although we’d certainly lean towards the ‘four-wheels-good’ attitude as the driving in Thailand can sometimes be erratic (read dangerous) to say the least.

If you head to Naithon Beach in the north of Phuket and then go south you’ll come across some gorgeous vistas. Try to hug the beach roads as much as possible, but the route inevitably heads inland from time to time. You’ll eventually get to Surin Beach, which has changed dramatically in recent years; in the ‘Covid 19’ era, you’ll find the beach sparsely populated. There are now no beachside restaurants, once loved by tourists and locals alike, so for lunch you’ll need to head south to Kamala Beach.

The drive south to Patong – Phuket’s 'Party Central' town – comprises lots of photogenic views, so don’t rush things and don’t be afraid of pulling over to take snaps and selfies. Just before Patong you’ll eventually come to a flat coastal road flanking Kalim Beach then straight after, because of Patong’s one-way system, you’ll be obliged to drive through erstwhile ‘Sin City’. Follow the bend heading into town then take the first right and stay on the route out of town up the hill towards Karon Beach. This elevated winding and dipping road has some outstandingly picturesque views over the Andaman Sea. Eventually you’ll descend to a flat six-kilometre stretch flanking Karon Beach. It’s worth stopping along the way here simply to jump up and down because, believe it or not, Karon Beach’s sand actually squeaks when you walk on it!

At the end the road will rise a little then swiftly dip into Kata Centre. At the following three-way intersection take the right-hand turn and you’ll come to Kata Beach. This is still quite a busy spot, but worth a stop as one of the islands most beautiful beaches. Take advantage of the fact that parking spaces are easier to come by than they were pre-Covid. Heading further south, take a right turn at the T-junction and pass the swank Boathouse hotel, then a sharp left up what seems like an almost suicidal gradient and you’ll soon be way above the coastline from Kata to Nai Harn.

If there were prizes for the prettiest drive on the island this route would win hands down. Dip, climb, and curve your way to the famous and ever-popular ‘Three Beaches’ viewpoint, from where you can gaze back on where you’ve just come from at the surf-lined Kata, Karon beaches with Kata Noi Beach just below. If you follow the main road down from here towards Nai Harn, on a clear day as the route descends left you can see the Phi Phi islands some 40km away. Pass a few elephant camps then drive through Nai Harn village. Follow the signage and you’ll get to one of the most natural beaches on the island. Largely undeveloped because of the Buddhist temple owning the beach’s hinterland, Nai Harn is a delight.

From Nai Harn itself you’ll spot three windmill-like structures in the nearby southern hills. Drive up to this spot through the verdant national park at about six o’clock in the evening and you’ll get the best sunset views in the south of Phuket. Forget crowded and touristy tawdry Phromthep Cape further to the south: this is where it’s at: Happy motoring!

Extra tours: Just east of Phuket Town lies the small island of Koh Sirey. Enjoy a turn around the circular coastal road and you’ll step back some 20 years in time. Another option; try Route 4023 east out of Phuket Town followed by 4129 and head for Khao Khad viewpoint to enjoy impressive vistas of eastern Phuket from Koh Sirey to the distant Big Buddha and further south towards Rawai. Then take the coastal road that flanks southern Chalong Bay and again you’ll come across lovely beaches and coves until you get to Cape Panwa. A visit to the aquarium there is ideal for those interested in the rich and colourful Andaman sea life. 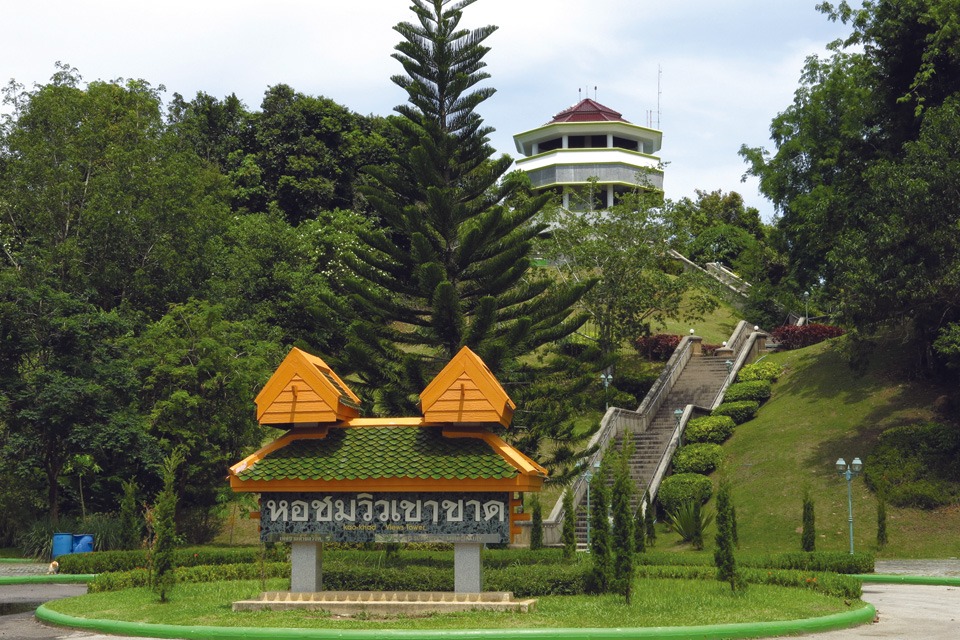 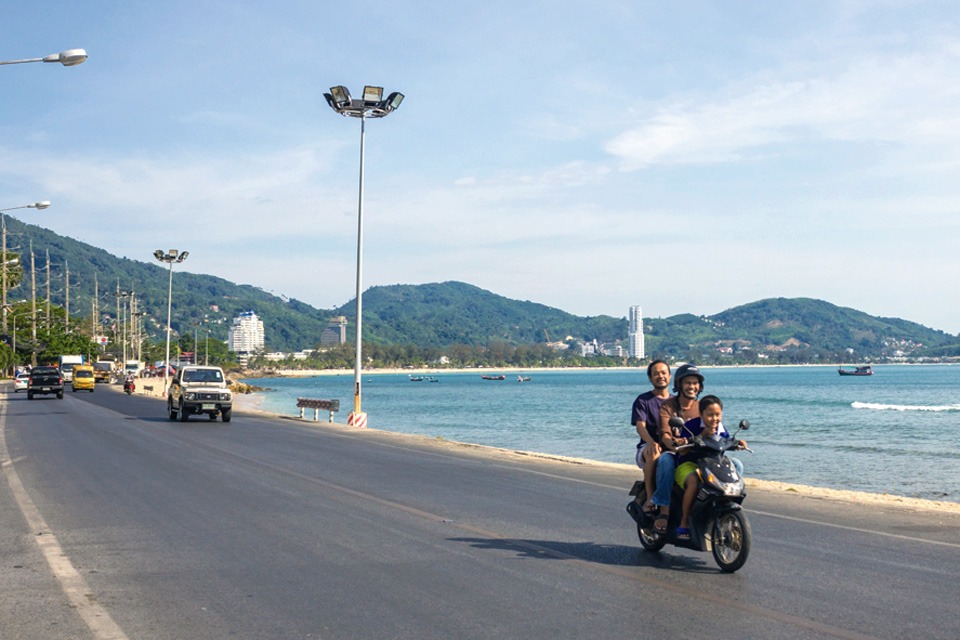 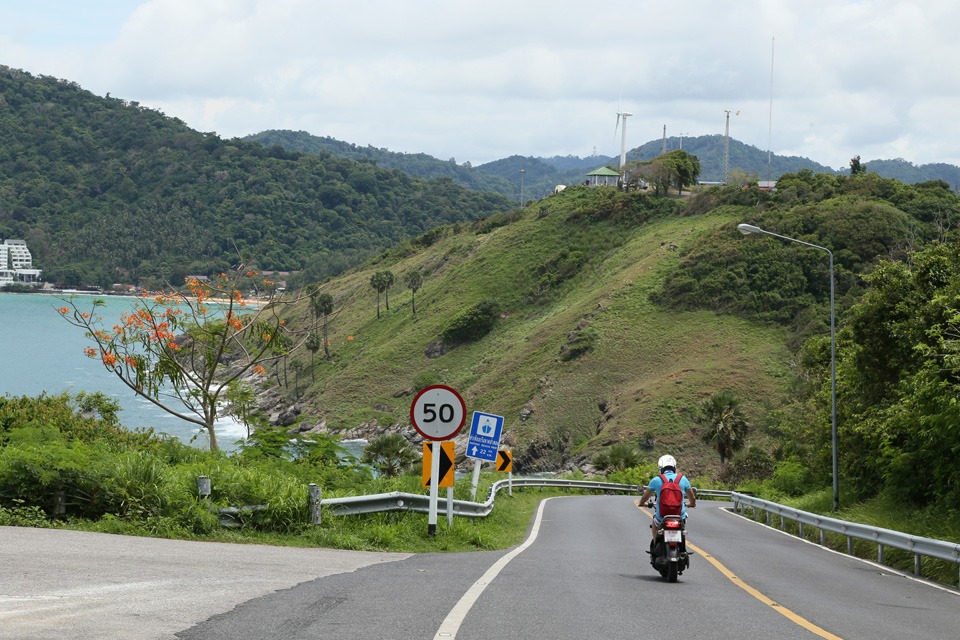